Spencer to retire from riding at end of season

JAMIE SPENCER stunned the racing world on Thursday when he announced he will be retiring from the saddle at the end of the season to take up a role with Qatar Racing's management team. 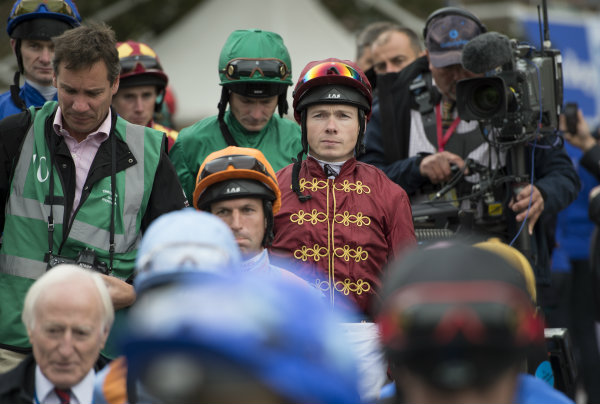 Matt Chapman
@MCYeeehaaa
Totally stunned by the @JPSPENCER1980 news. You can only believe what he says. But stunned. Has a special talent. Yeeehaaa!
Aug. 21, 2014

Racheal Kneller
@Rachealkneller
If I was riding the horses & at the meetings that Jamie Spencer does now id never retire..but it's a tough job this racing life! #goodluck 👍
Aug. 21, 2014

Cavelloman
@Cavelloman1
Jamie Spencer will retiring will be good for my mental state. Too many races coming with a late rush and just losing with my money on.
Aug. 21, 2014

stephen arnold
@rakebackmypoker
I wonder if @oisdacm is at the top of the list for the Quatar job, he must be close after what Redvers had to say about him in the past
Aug. 21, 2014

Cian Jong IL
@CianHeno
Jamie Spencer has had his critics in the past but when he was good he was VERY good #spencer
Aug. 21, 2014

martin
@quevega
Can't be too many jockey's riding classic winners at 17yo, good luck to Jamie Spencer in the next stage of his career.
Aug. 21, 2014

David Monahan
@MonahanDavid
Jamie Spencer retiring isn't too much of a shock, has had a poor season by his standards so maybe his heart isn't in it anymore
Aug. 21, 2014

Stephen Keatinge
@SteKeatinge
I'm slightly shocked by Jamie Spencer's decision to retire at the end of the season. I would have thought he would have 5 more years in him
Aug. 21, 2014

Megan O'Brien
@megz_obrien
Fair play to Jamie Spencer love him or hate him you can't deny he's one hell of a horseman!
Aug. 21, 2014

Oliver Wagner
@JOSEWAGNER007
I thought Jamie spencer would have engaged his customary exaggerated waiting tactics before deciding to retire.
Aug. 21, 2014

Fame And Glory - Ascot Gold Cup 2011
by Enelpartidor via YouTube